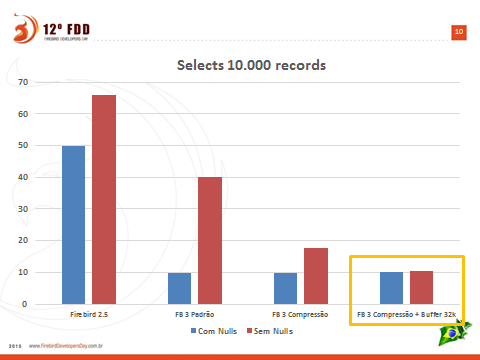 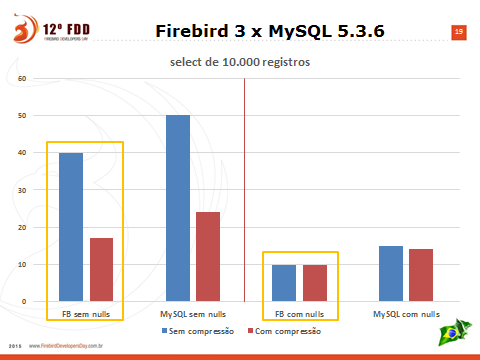 For those who like to read database comparisions/benchmarks, here is one that probably all Firebird fans will like 🙂

Work with Firebird from .NET applications.

We wrote the new small guide “Using «LCPI ADO.NET Data Provider for OLE DB» with Firebird SQL Server” and offer you acquainted with technological capabilities of our .NET provider.

From this article you can learn, for example:

Your comments and suggestions are welcome!

Fireserver is a project of a custom linux server distro that includes Firebird as default database server, and can be used freely by any company who want to simplify their customer’s servers administration and support.

You can read a full article about the Fireserver project in opensource.com/life/14/6/fireserver-project

Update of .NET Provider for OLEDB. Support of schemas implemented.

We continue to develop our .NET Provider for OLEDB. In the new build (#1434), we have implemented the methods to obtain database metadata:

If you are interested in working with stored procedures grouped into PACKAGE, please take a look at the new example for our .NET Provider:

Nikolay Samofatov wrote about his Large Iron production systems that he maintains :

We run Firebird to power larger systems (for 12 government agencies and 3 banks).

It has approximately 100000 end users multiplexed through 2500 (max) pooled connections.

Here is the snapshot of nearly idle system at night:

Database is on a small FusionIO drive:

Also later he mentions that he uses 2TB of RAM machines

Chipsets that can handle 2 TB of RAM and 8 CPU sockets (<=80 cores, <=160 threads) are the largest “commodity” type hardware available now. These are the largest systems we worked on. 8 GB of lock manager space per database should be just enough for them. With the allocation error check in place we’ll have this problem solved for the next year or two until larger systems become common.

New Firebird case study from wobe-systems GmbH, German software development house for the graphics industry.
“…A production database of 100 GB and more containing BLOBs is nothing unusual at our customers sites…”
“.. Firebird SQL server is at the core of our system helping our customers swift and safely through their daily work. Equipped with near zero administration and ample possibilities of scalability Firebird SQL database offers an operational reliability that does meet the requirements of industrial and time critical applications.”

Why is Firebird better DBMS than Oracle?

Beside being free (both as beer and also open source), you don’t need 24×7 DBA and there are generally less headaches. Here’s a nice example explained by Norman Dumbar in a mailing-list post. Norman administers over 600 Oracle databases and about 40 Firebird ones:

New case-study: Point of Sale Systems for the Carwash Industry

A new case-study was added to FirebirdSQL site. It is always interesting to ready such articles, and know about other companies experiences with Firebird. This time it is about DRB Systems moving from InterBase 6 to Firebird to solve stability problems. Read more.

Take a look at the new case study published in the FirebirdSQL site. Interesting that they choosed Firebird over Oracle, and cost was not the only factor. Worth reading!

There are other case studies published in the site. Make sure to read them all, and if you have an interesting case to show, contact the moderator to know how to publish it there.